1. While in D.C. for a meeting with President Obama, King Salman of Saudi Arabia reportedly rented out the entire Four Seasons hotel. And yet, somehow, his room was still next to the ice machine.

3. A 3-month-old tiger cub was found roaming the streets of a California neighborhood on Friday. And so begins Siegfried’s latest letter to Penthouse.

4. Tickets to attend Pope Francis’ appearance this month in Philadelphia are on sale for four-times their face value on eBay. Dishing out that kind of money for a ticket won’t leave Philly fans much cash to spend on batteries to whip at the Pope.

5. Arby’s restaurants in two counties in Florida are offering free meals to all police officers. So it looks like this jersey will come in handy again. 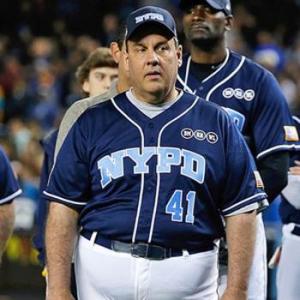 6. Over the weekend, former Arkansas Governor Mike Huckabee compared Kim Davis’ refusal to issue marriage licenses to same-sex couples to conscientious objections to slavery. Which is rather progressive for Huckabee since just last year he was still on the fence about slavery.

7. In an interview with CNN, former Alaskan Governor Sarah Palin said immigrants to this country should learn how to “speak American.” “God damn is she dumb,” said Trig.

8. On Friday, singer Aretha Franklin won a court order blocking the Telluride Film Festival from screening “Amazing Grace,” a film based predominantly on footage of her in concert. So it looks like the festival’s investment in an extra-wide IMAX screen was all for naught.

9. On Monday, at a rally in Pittsburgh, Vice President Joe Biden jogged back and forth across a downtown street to greet people accompanied by a chant of “Run Joe Run.” But that’s only because they forgot to close off the street to traffic.

10. The Indianapolis Zoo went on lock-down Sunday morning after a cheetah escaped from its enclosure. Luckily, there was a group of dentists from Minnesota visiting the park that day.