1. Thomas Panek, a blind runner, made history on Sunday by completing the 2019 New York City Half Marathon without any human help. Panek said the hardest part of running through New York City’s boroughs was his heightened sense of smell.

2. A blind runner, made history on Sunday by completing the 2019 New York City Half Marathon without any human help. Which is impressive until you find out he was trying to run the Chicago marathon.

3. New York governor Andrew Cuomo has endorsed a new two-strikes plan that would permanently ban people from the subway who are convicted of two sexual offenses on mass transit. Said the creepy guy on the G-train, “If I never put it away, that only counts as one strike, right?”

4. In a recent interview, Secretary of State Mike Pompeo said that it’s possible that God sent Trump to save the Jews. Ah, yes, much like God sent that flood to save Noah.

5. President Trump’s lawyer Rudy Giuliani said Special Counsel Robert Mueller’s report  was more positive than he had anticipated. It’s always a good sign when your own lawyer is like “Even I’m surprised they found you not guilty.”

6. This week, Kentucky Governor Matt Bevin said he made sure his nine children were exposed to chickenpox and caught the disease instead of giving them a vaccine. Even worse, he used to have ten.

7. This week, Kentucky Governor Matt Bevin said he made sure his nine children were exposed to chickenpox and caught the disease instead of giving them a vaccine. Not surprising that the guy with nine kids doesn’t like using protection.

8. An albino pengiun made its debut appearance at a Polish zoo on Friday. Although, considering it’s a Polish zoo, there’s a good chance it’s just a fat dove.

9. According to new research, exposing cheese to round-the-clock music may give it more flavor. That story again, researchers have run out of things to study.

10. A company in Japan has created a wearable milk tank shaped like a female breast in an effort to make it possible for men to breastfeed their children. So if you’re a new father looking for a way to bond with your baby, keep looking.

11. During a speech this week, President Trump complained that he was not given a thank you for his handling of Senator John McCain’s funeral. But, in Trump’s defense, can you imagine how many people are going to say ‘thank you’ when Trump dies.

13. On Friday, President Trump met with the leaders of the Bahamas, Dominican Republic, Haiti, Jamaica and Saint Lucia at his Mar-a-Lago resort in Florida. Said Trump, “If you’re here, who’s mowing the lawn?”

14. Beto O’Rourke raised more than $6.1 million within the first 24 hours of announcing his candidacy for the 2020 Democratic presidential nomination. And, by the look of it, I’m guessing, it was mostly in singles: 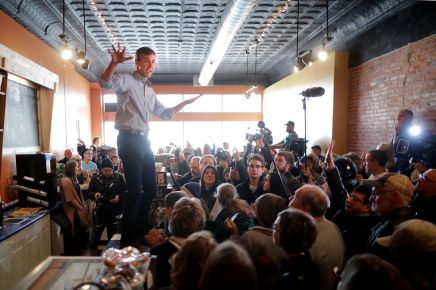 15. A man stripped down to skimpy underwear and took a stroll through Moscow’s State Tretyakov Gallery on Wednesday evening in what it called an “unsanctioned performance.” That story again, apparently Shia LaBeouf is in Russia.

1. This week, Scotland’s worst serial killer Angus Sinclair died at the age of 73. He is survived by his ‘to-do’ list.

2. It has been announced that there will be a new emoji to represent interracial couples. So, if you thought your grandfather were confused by emojis before…

3. A German yachtsman who was knocked overboard credited his jeans with saving his life after fashioning them into a make-shift life jacket that kept him afloat for over three hours. That story again, at this point, Jay Leno is basically half fish:

4. A Texas couple has a started a company that sells beer for dogs. Or, as it’s more commonly known, Michelob Lite.

5. A British company has introduced a wearable penis camera. So gone are the days of having to tape a GoPro to your balls.

6. According to a new report, the average city bus in New York City travels just 6.4 miles per hour, which transit researchers have pointed out is nearly 2 miles per hour slower than a rat can sprint. “That’s why we take the subway to work,” said business rats:

7. This week, NASA said that the first person on Mars will most likely be a woman. “Fuck,” said Dr. John Gray: 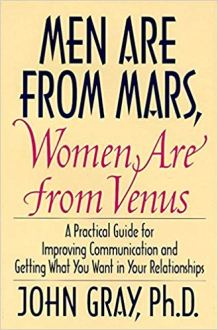 8. According to newly released emails, Rudy Giuliani reassured Michael Cohen in an April 2018 email that Cohen could “sleep well tonight” because he had “friends in high places.” Which means one of two things, Giuliani was dangling a presidential pardon or he was once again stuck in a tree:

9. Toyota announced plans to send an electric car to the moon by 2029. The way it will work is the driver will enter “Flagstaff, Arizona” into Apple Maps GPS and then follow the directions.

10. “Full House” actress Lori Loughlin appeared in federal court in Los Angeles on Wednesday to face charges of taking part in a scheme in which dozens of wealthy parents are accused of paying for their children to cheat their way into prestigious universities. And yet somehow Dave Coulier still walks around a free man.

11. Former Trump campaign chairman Paul Manafort read a statement during his sentencing hearing this week asking the judge for leniency so he can spend time with his wife. Said the judge, “Don’t worry, where you’re going, you’ll be the wife”: 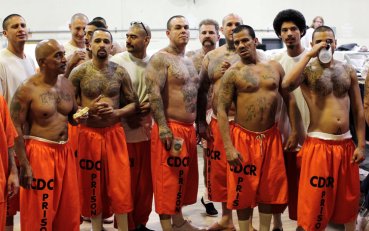 12. Senator Cory Booker all but guaranteed at a campaign event on Friday that he will pick a woman as his running mate if he wins his party’s nomination. “It sounds good in theory,” said the ghost of John McCain.

13. Actress Rosario Dawson, whose film credits include “Rent” and “Men in Black II,” has confirmed reports she is dating presidential candidate Cory Booker. Not to be confused with President Trump’s actress girlfriend who stared in “Bent” and “II Black Men”: 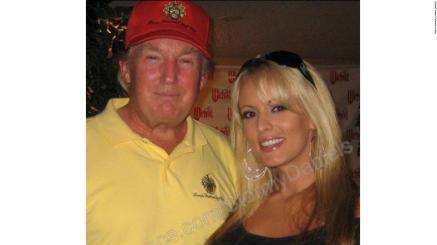 14. According to a new study women who gain more weight than recommended while pregnant may increase their chances for serious complications at delivery. As do the husbands who point that fact out to their pregnant wives.

1. On Friday, while meeting with supporters at a local church in Alabama, President Trump signed multiple copies of the Bible. It is the most regrettable thing Trump has put his name on since Don Jr.

2. An Oregon man, who was stranded in his snowbound SUV with his dog, told rescuers he survived for five days solely on Taco Bell sauce packets. Thus reaffirming what we already knew, Taco Bell fire sauce goes great with dog meat.

3. A doughnut shop in Florida is selling a $1000 doughnut that is topped with 24-karat gold and Cristal champagne. So, if you live in Florida and have a grand to spare, enjoy the extra thousand dollars worth of meth.

4. Sunday night, filmmaker Spike Lee won his first ever Oscar. In response, Lee lowered his demands to 30 acres and a mule.

5. Last weekend, after accepting the Best Actor Oscar for his role in “Bohemian Rhapsody” the Freddie Mercury bio-pic, actor Rami Malek accidentally fell off the stage. Or, he’s already starting prepping for his next role, ‘Frasier’ the Kelsey Grammar biopic:

6. On Tuesday, several members of the Portland Trailblazers were stuck for over thirty minutes in an malfunctioning elevator. Even worse, one time Rob Gronkowski was stuck for three days on a broken escalator: 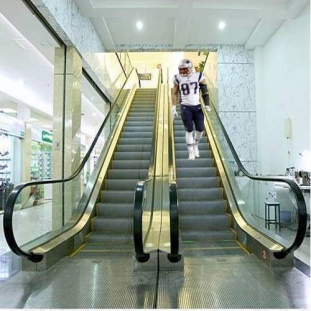 7. North Carolina authorities have jailed a wife for allegedly impersonating her daughter in court. “Wait, they were two different people?” asked a confused Woody Allen.

9. On Friday, Alabama Republican Roy Moore, whose unsuccessful 2017 Senate campaign was marred by allegations he sexually pursued teenage girls while in his 30s, said he may again run for the Senate. It’s like Moore always says, if at first you don’t succeed, find a different fifteen year old girl.

10. Michael Cohen, the former personal lawyer of President Donald Trump, on Thursday sued the Trump Organization, saying it reneged on its obligation to reimburse him for millions of dollars of legal fees. “Wait, you’re getting paid for this!?!?!” asked Rudy Giuliani.

11. A Florida woman who once owned the day spa where Patriots owner Robert Kraft allegedly solicited sexual acts, watched the Super Bowl with President Donald Trump. Begging the question, how did that criminal get that level of security clearance, also what was that spa owner doing there?

12. A new report about the close relationship between Fox News and President Donald Trump says the President personally asked a top White House aide to make sure the Justice Department stopped AT&T from purchasing Time Warner. “If you want to prevent them from merging, I suggest making them sleep in different rooms,” said Melania.

13. According to a new study, when parents of boys don’t spend a lot of time playing or talking with them, their sons may be more likely to use guns in adolescence. You don’t say: 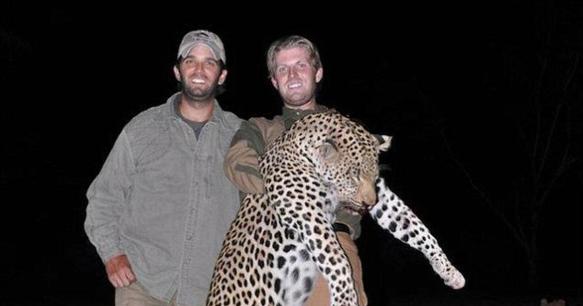 14. On Wednesday, singer R Kelly was taken into custody for failure to pay child support. Said the child in question, “You know what, I’m good.”

15. In a legal brief filed Wednesday with the Supreme Court, rappers Killer Mike, Chance the Rapper, Meek Mill, Yo Gotti, Fat Joe, and 21 Savage claimed Jamal Knox’s rap song “F*** the Police” is a “political statement” and “not a true threat of violence.” They also added that Sir Mix-a-lot has, at best, mixed emotion about larger posteriors.

16. According to a new survey, Americans are consuming more gourmet coffee than ever. Message received: