3. For the first time, scientists have uncovered direct evidence of water ice on the surface of the moon. “Ah, there may be some urine up there too,” said a sheepish Buzz Aldrin.

4. In a new interview, Donald Trump’s lawyer Rudy Giuliani said if the President is impeached “the American people would revolt.” A revolution that will be preceded by someone riding through town on a horse yelling “The diminished are coming!”

5. An attorney for Michael Cohen, President Trump’s former personal lawyer who pleaded guilty on Tuesday to campaign finance violations and other charges, said Trump directed Cohen to commit a crime. Was the crime buying this jacket?: 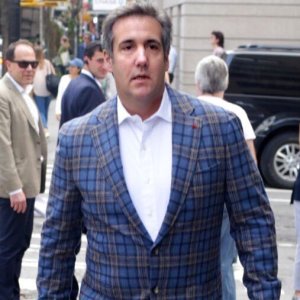 6. As a result of PETA’s efforts, after 116 years of captivity behind bars on the cover of all Animal Crackers boxes, the animals have been freed. “Get me that giraffe’s lawyer,” said Michael Cohen and Paul Manafort in unison.

7. According to a new survey, 70% of Americans check their phone immediately upon waking up in the morning. While I assume the other 30% died overnight.

8. This week, ISIS released a surprise, new audio message from its leader Abu Bakr al-Baghdadi, the first such recording in over a year. Begging the question, when did ISIS become Beyonce?

10. Former ‘Celebrity Apprentice’ contestant Tom Arnold claims to have heard tape where President Trump refers to his son as a ‘retard.’ That’s terrible, how would anyone know which son he was talking about?: 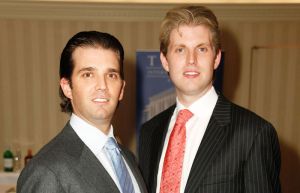 11. A nonprofit devoted to Abraham Lincoln is so deep in debt that it is considering selling one of the 16th president’s famous stovepipe hats. And they seem to be really in debt considering which one they are thinking about selling: 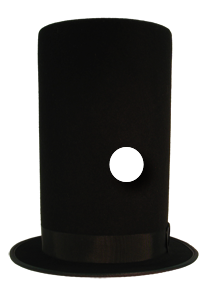 12. This week, a white doctor who arrived late to his flight at a Florida airport complained of being treated like a “black person.” And I think I’m on the airport’s side of this argument because when he finally boarded the plane he proceeded to talk loudly throughout the entire inflight movie.

13. Facebook has taken down 652 pages it identified as part of coordinated disinformation campaigns that originated in Iran and targeted countries around the world. Even worse, they took down the accounts so fast Donald Trump Jr didn’t even get a chance to schedule a shady Trump Tower meeting with the people behind those pages.

14. On Monday, President Trump said another summit with North Korean leader Kim Jong Un would “most likely” happen. Said Kim Jong Un, “Can you just bomb us instead”: 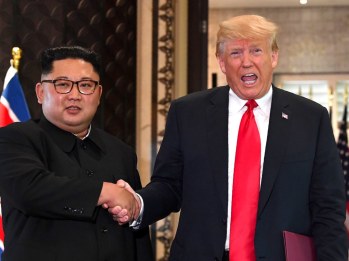 15. Republican Representative Duncan Hunter, was indicted on charges on Tuesday that he and his wife used hundreds of thousands of dollars in campaign funds to pay for vacations, video games and other personal expenses. Said the GOP, “That’s not the Republican party that we know. You misuse campaign funds on your mistress, not your wife.”

16. On Wednesday, one day after President Trump’s former lawyer Michael Cohen pleaded guilty to eight criminal charges, Cohen’s lawyer said he would not accept a presidential pardon. While we’re rejecting things we’re never gonna get, I will take this moment to announce that I will not accept the title of “People Magazine’s Sexiest Man Alive.”

17. Pregnant Venezuelan women are leaving their country due to a lack of prenatal care, medicine and diapers and giving birth across the border in Brazil, where three Venezuelan babies are born every day. Or, as they are more commonly known, Brazilian babies.

18. An 11-year-old boy managed to hack into a replica of Florida’s election results website in 10 minutes and change names and tallies during a hackers convention. Experts are calling it “scary,” while Hillary Clinton is calling it “way too fucking late.”