1. President Trump continued his attacks against Amazon this week, accusing the company of scamming the US Postal Service. Trump’s also not a big fan of forever stamps, or, as he calls them, three and a half years stamps:

2. This week, Stormy Daniel’s lawyer said his client can describe the president’s genitalia in “great detail.” “That would be really helpful because I haven’t been able to see it for years,” said Trump.

3. According to a new study, female cyclists who participated in high-intensity rides reported improved sexual functions. That story again, make sure to wipe down the seat before you use a Citi bike:

4. President Trump delivered a speech at the annual White House Easter egg roll on Monday while standing beside First Lady Melania and an Easter bunny. So now Trump has made speeches next to a tortoise and a hare: 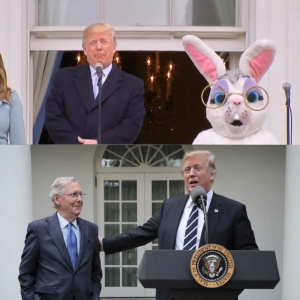 5. A shoe company has introduced a Dunkin Donuts-themed running sneaker. So if you like Dunkin Donuts and you like running, you’re lying about the running part. 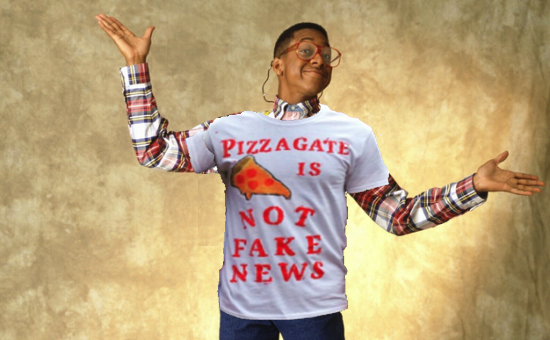 7. On Monday, President Trump announced his intention to nominate Justin Muzinich, an aide to Treasury Secretary Steven Mnuchin, to be the deputy secretary of the Treasury. Or, more likely he just forgot Steve Mnuchin’s name.

8. A Russian-made drone on its way to making a first parcel delivery crashed into a wall and crumbled to pieces in the Siberia on Monday. Or, as UPS refers to it, a successful delivery:

9. More than 200 instruments belonging to rock band Linkin Park are being sold to raise money for charity. Although, if you really want to do something good for the world, you’d take away Nickelback’s instruments.

10. President Trump, in his first public remarks about an allegedly affair with an adult film star, said on Thursday he did not know about a $130,000 payment made by his lawyer to actress Stormy Daniels. But, added Trump, “Considering how many times I nailed her, that seems like a pretty good price.”

11. President Trump asserted Thursday that women from Central America are raped at “levels that nobody has ever seen before.” “Seen, no, but I have heard about such a thing,” said Billy Bush.

12. Rescuers in California on Monday rescued a 13-year-old boy who was stuck in a drainage pipe for 12 hours. And, in an unrelated story, Jerry Sandusky has been seen hanging around plumbing stores.