1. Parents are outraged at a Beijing kindergarten over charges that their children were fed pills, jabbed with needles and forced to strip. But, in the school’s defense, those iPhones weren’t gonna make themselves.

2. An expectant Arkansas couple who love Olive Garden plan to name their child, due in December, Olivia Garton. They named their first son Fuddruckers, not because they like that restaurant, but because they fucking hate that kid.

3. A United Airlines flight arriving from Germany was forced to land with four blown tires Sunday at Newark Liberty International Airport. Oh my god, what a nightmare, can you imagine having to land in New Jersey.

4. Dictionary.com has chosen ‘complicit’ as 2017’s word of the year. The website went with ‘complicit’ because apparently ‘MotherFuckingShitHowIsAnyOfThisReal’ isn’t a word.

5. This week, First Lady Melania Trump decorated the White House for the holidays:

6. A Bosnian war criminal died in a courtroom on Wednesday after drinking poison upon hearing that his 20-year jail term had been upheld. Said the judge, “Oops, wait, I meant not guilty.”

7. 92-year-old actress Angela Lansbury is facing criticism after saying women “must sometimes take blame” for sexual harassment because of the way they dress. Say what you will, but it is refreshing to hear a 92-year-old not blame something on ‘the Orientals.’

8. Bernie Sanders has been nominated for a Grammy for best audiobook. Thus marking the first time Phil Spector won’t have the most messed up hair in the room:

9. On Wednesday, NBC News fired longtime ‘Today Show’ host Matt Lauer for “inappropriate sexual behavior.” Which should make the next “Where in the World is Matt Lauer” bit pretty easy:

10. According to a new study, people with OCD are less likely to go to college compared with peers who don’t have the disorder. Which explains why Michigan State’s new major “Doorknob Touching” is so under-subscribed.

11. Viagra can now be bought over-the-counter, without a prescription in Britain. “Ah, fuck,” said Queen Elizabeth: 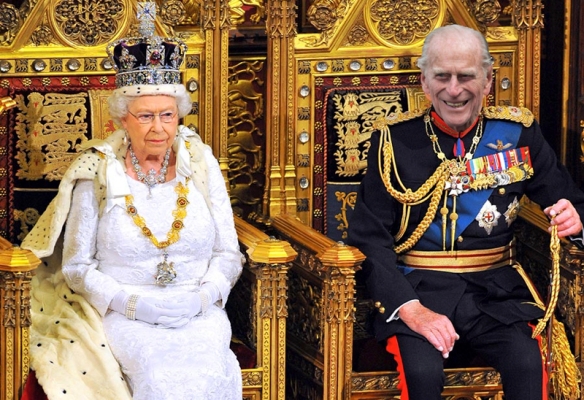 12. White House press secretary Sarah Sanders defended President Trump’s decision to retweet a series of anti-Muslim videos on Wednesday morning, telling reporters that it doesn’t matter if the videos are real, he circulated them to start a conversation. That conversation: What the fuck is wrong with our president?

13. According to a new study, being married may reduce your risk of developing dementia. That incredible study again, President Trump could be worse.

14. A new study found that a dermatologist was just as accurate in diagnosing children’s skin conditions from smartphone photos taken by parents as the doctors who saw the kids in person. “But only pictures taken by parents?” asked Anthony Weiner.

15. A judge on Tuesday sided with President Trump in a legal battle over who should be in charge of the U.S. consumer finance watchdog. The ruling was historic, not because the issue was novel, but because Trump actually won in court.

17. On Thursday, Republican Congressman Joe Barton of Texas said he will not seek re-election after a nude picture of him appeared on the internet earlier this month. If that’s what it takes to get someone to not run for re-election, it’s not worth it:

18. A South African beauty who helps train women in self-defense was crowned Miss Universe on Sunday. For the talent portion of the contest, she single-handedly kept Donald Trump out of the dressing room.