1. It was announced yesterday that a sitcom based on the life of Tom Arnold is in the works. The show will be called, “So Jim Belushi Said No.”

2. Britain’s Queen Elizabeth stirred up social media on Wednesday when she opened parliament in a hat looking very much like a European Union flag. Which really drew attention away from her “Who Farted?” t-shirt: 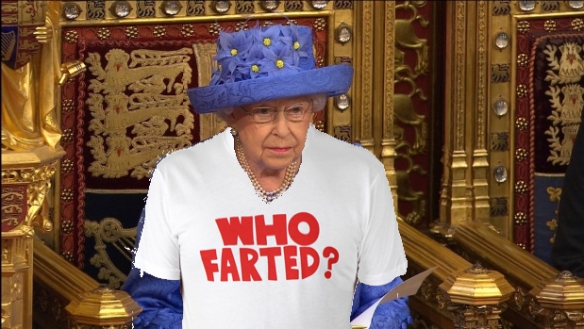 3. Paul McCartney announced this week that he will tour Australia for the first time in over twenty years. Said Australians, “Come to think of it, we haven’t seen John in a while either.”

5. Yesterday, Mattel unveiled a new line of Ken dolls, one of which, has a man bun. Just like the previous versions, this doll is not anatomically correct, but, thanks to the man bun, it no longer matters.

6. Former House Speaker Newt Gingrich reveals in a new book that Donald Trump thought running for president would cost about as much as a yacht and be “a lot more fun.” And, I can’t help but think, that we may have been able to avoid all of this if someone had just let Trump know anything goes in international waters: 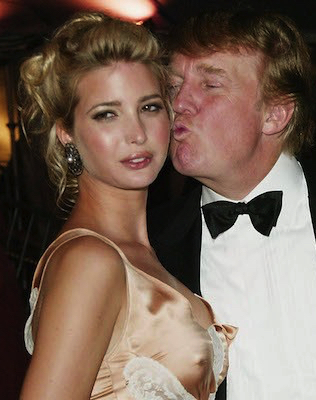 7. Last Thursday, Tucker Carlson was forced to miss his evening show on Fox News because he had to undergo an emergency appendectomy. In it’s place, they broadcast this photo of Patrick Bateman for an hour and no one seemed to notice the difference:

8. President Donald Trump visited the Supreme Court on Thursday for the first time since taking office. Trump enjoyed the visit so much, he has decided to go to other places he hasn’t visited since becoming president, like Barron’s room.

9. A courthouse in Arkansas is asking people to stop peeing in their elevator. But, in their defense, most Arkansans don’t know what indoor plumbing looks like.