1. This week, inspectors noted over a dozen health code violations in the kitchen at Trump’s Mar-a-Lago estate in Florida. So, it turns out it may not have been the view that was making patrons so queasy:

3. Yesterday, CNN commentator Jeffrey Lord called Donald Trump “the Martin Luther King Jr. of healthcare.” And, in Lord’s defense, people have been marching in the streets because of him: 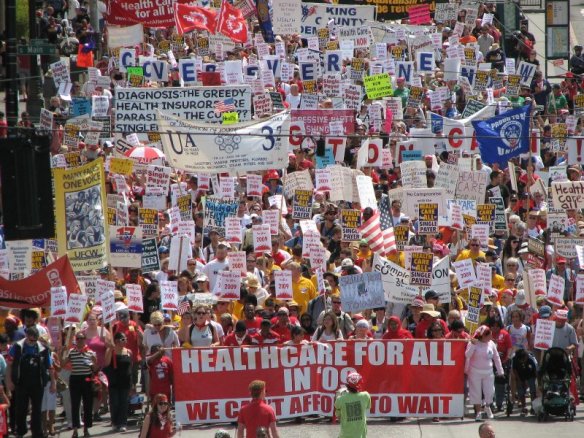 4. According to a new study, the average unmarried American spent $1,596 on their dating life in 2016. While some married Americans spent double that: 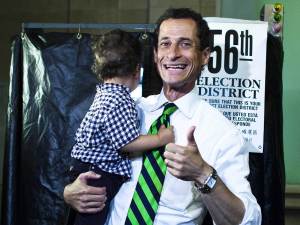 5. Scientists have created a device that can pull drinking water from the air using only the power of sunlight. “Alright, now you’re just being dicks about it,” said the residents of Flint.

6. While speaking at a town hall in Oklahoma on Tuesday, Congressman Markwayne Mullin said the notion that his constituents pay his salary is “bullcrap.” And, come mid-term elections, he’ll be right.

8. According to reports, actor Shia LaBeouf will spend a month alone in a remote cabin in Finland for an art project. And also the good of mankind.

9. According to reports, actor Shia LaBeouf will spend a month alone in a remote cabin in Finland for an art project. Although, if he wanted solitude he could just go to any movie theater showing a Shia LaBeouf film.

10. The day after White House Press Secretary Sean Spicer apologized over his inappropriate remark about Adolf Hitler, North Dakota Representative Kevin Cramer said Spicer’s remark is “not without some merit.” These idiots know they can just say “no comment” right?

11. On Wednesday, the city of St. Louis sued the NFL claiming the league violated its relocation guidelines when it allowed the Rams to move to Los Angeles. If successful, the city could force the NFL to move the Rams back to St. Louis, which seems like more of a punishment.

12. A coalition of nonprofit groups on Monday sued the Trump Administration to obtain the White House visitor logs. Although, they’re gonna be really disappointed if this a scheme to get a copy of Melania’s signature.

13. This week E! announced that Kylie Jenner is getting her own spin-off reality TV show. So, if you’ve ever wondered what a day in the life of Kylie Jenner looks like, fuck you.

14. A British DJ has been sentenced to a year in jail by Tunisian authorities for remixing a Muslim call to prayer into a club song. And say what you will, but I can get behind any country that’s intent on locking up DJs.

15. A high schooler in California turned up to his junior prom this weekend with Kylie Jenner as his date. Although, to be fair, she also went with the rest of the football team as well.