1. This week, architects unveiled plans for a building called Big Bend, a U-shaped structure that would be New York City’s longest. Although, if they really want to make it authentic New York they should add two smaller buildings on each side: 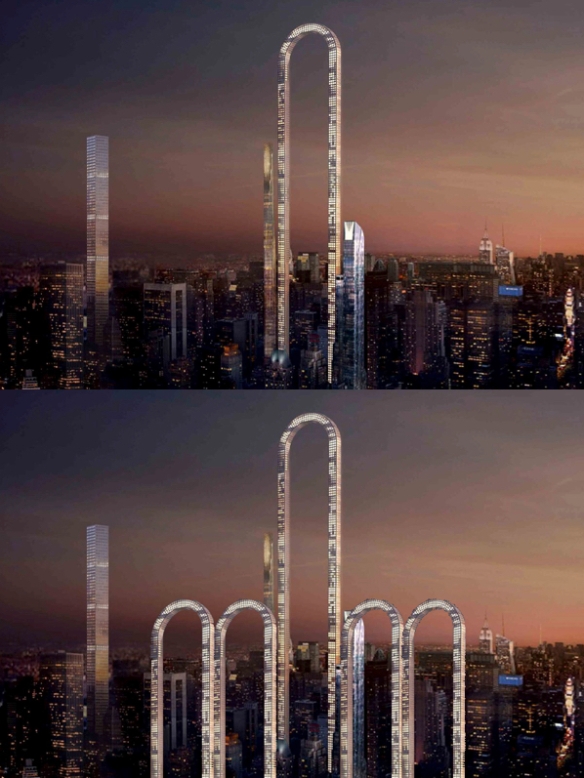 2. According to reports, Ivanka Trump’s role in the White House will be to act as President Trump’s “eyes and ears.” “Lower,” said her father.

3. According to a new study, the average person walks past seven psychopaths a day. That story again, Trump’s re-design of the Oval Office contains at least seven mirrors.

4. On Wednesday, Exxon Mobile said they have lost a year’s worth of emails written by former-CEO and now-Secretary of State Rex Tillerson. Have they checked the Atlantic Ocean, they have a tendency to accidentally dump stuff there.

5. According to ‘Forbes,’ Microsoft founder Bill Gates is once again the richest man in the world. He regained the title the old fashioned way, by murdering Warren Buffett.

6. A new study found that dogs are capable of lying. “Although, they rarely do it when you really need them to,” said Michael Vick:

7. President Trump recently suggested that chief of staff Reince Priebus might someday run a car company. Makes sense, he can go from selling an orange to selling a lemon.

9. In a recent interview, Rodrigo Alves, the man known as “The Human Ken Doll,” said after 50 plastic surgeries he can’t breathe properly. Although, to be fair, I doubt there was a time when enough oxygen was ever getting to his brain.