2. A spokesperson for Angela Merkel said that during their recent telephone call, the German Chancellor had to explain the Geneva Convention to President Trump. A task that proved to be very difficult because over the phone Trump couldn’t see the sock puppets.

3. On Monday, President Trump accused Democratic Senator Chuck Schumer of crying “fake tears” when talking about the newly instituted travel ban. And, to his credit, Trump is an expert at spotting real tears since Melania wakes up screaming and crying every morning.

4. Richard Spencer, a leading white nationalist, said he was a “mentor” to Stephen Miller, one of President Trump’s closest advisors, while they were both at Duke University. Which means at least one thing, Miller doesn’t know how to take a punch: 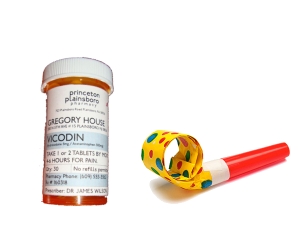 6. The 3rd International Congress on Love and Sex with Robots is set to be held in the Netherlands in October. This year’s keynote speaker, as it has been every year, will be Ann Romney.

7. The 3rd International Congress on Love and Sex with Robots is set to be held in Eindehoven, Netherlands on October 26th. So, needless-to-say, the line at the breakfast buffet at the Eindhoven Holiday Inn to use the toaster is gonna be very long that day.

8. Under a new rule, goaltenders in the National Hockey League will soon have to wear pants with a more contoured fit. Critics blame the new rule on the rise of hipster goaltenders:

10. Ollie, a 25-pound bobcat escaped from the National Zoo in D.C. on Monday. Man, if only there were a professional pussy grabber around Washington to capture him.