1. Housing advocacy groups have alleged that a bank controlled by Steven Mnuchin, a top candidate to be President-elect Donald Trump’s Treasury secretary, engaged in discriminatory practices against blacks and Latinos. The same discriminatory actions were also listed under ‘Accomplishments’ in the resume Mnuchin submitted to the Trump team.

2. A 1,500-year-old stone tablet with the earliest known chiseled inscription of the Ten Commandments was sold at auction on Wednesday for $850,000. Said the proud new owner, “If this doesn’t get my neighbor’s hot wife’s attention, nothing will.”

4. According to reports, President-elect Donald Trump is asking for the top security clearance for his children. Which seems like a risky move by Trump because it means Eric and Don Jr. will be able to get close enough to hug him.

5. It is being reported that doctors are advising reality star Kim Kardashian against having a third baby. Presumably because then we’d only be one horseman shy.

6. A man in China was rushed to the hospital after getting a chopstick stuck in his penis. Said the man, “You’d think my fortune cookie would have said something about this.”

7. During a visit to the United Nations on Tuesday, a senior North Korean diplomat said his country does not care who the president of the United States is. And, according to last week’s election results, neither does this country.

8. A 38-year-old man got a tattoo of President-elect Donald Trump on his left calf. Which is pretty smart, because he did it before it became mandatory.

9. According to insiders, President-elect Trump is so disgusted with Chris Christie’s handling of the Bridgegate scandal that he’s kicking the New Jersey governor out of his inner circle. Here’s what experts believe the process of kicking Christie out of the inner circle will look like:

10. It was reported yesterday that President-elect Donald Trump spoke with Russian President Vladimir Putin on the phone. It was reportedly a pleasant phone call during which Trump congratulated Putin on his victory.

11. On Sunday, President-elect Donald Trump named RNC Chairman Reince Priebus as his Chief of Staff. Which is ridiculous, because Scott Baio literally has years of experience of being in charge.

12. A Manhattan woman is suing clothing company Zara after she found a dead rat sewn into her dress. Which means somewhere in the world Lady Gaga is just wearing a normal dress.

13. Tens of thousands of people have signed up to participate in a “Women’s March on Washington” to take place on the day after President-elect Donald Trump is inaugurated. Which explains President Trump’s agenda for his first day in office:

14. Over the weekend, Oprah Winfrey said she believes that Donald Trump has been humbled by his election victory. But, what I think she meant to say was, ”You get a czar! And you get a czar!”

15. Newsweek magazine was forced to recall 125,000 commemorative issues featuring Hillary Clinton on the cover with the headline “Madam President.” No word on what “High Times” magazine plans to do: 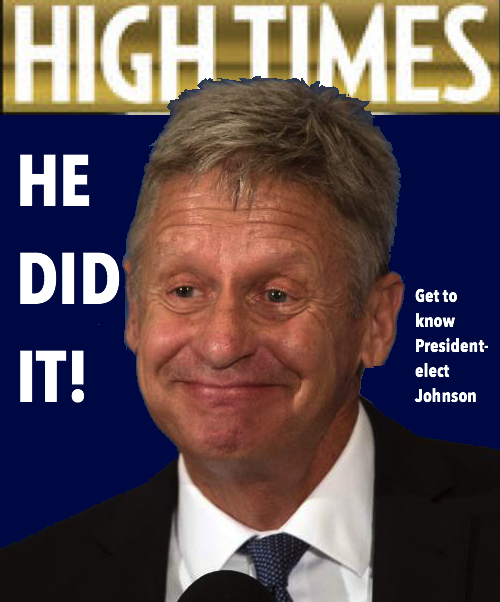