1. Donald Trump supporters say the Republican presidential candidate declaring almost a billion dollar loss allowing him to not pay taxes for years makes him “a genius.” “So I guess I’ll just be over here waiting for my MacArthur Genius Award,” said Wesley Snipes.

2. According to recently leaked tax filings, Republican presidential candidate Donald Trump declared a $916 million loss in 1995 from his three Atlantic City casinos. Experts track Trump’s failures in the casino business to his history of hitting on anything between 18 to 21.

3. It is being reported that during the run of the reality show “The Apprentice,” Republican presidential candidate Donald Trump sexually harassed many of the female contestants. And, at least one judge too:

4. During a speech at a campaign rally on Monday, Republican presidential candidate Donald Trump said, “They don’t make movies like they used to.” And who would know better than the guy who starred in such instant classics as “Ghosts Can’t Do It,” “Home Alone 2: Lost in New York,” and “The Pickle.”

6. A father in Utah says he was charged $39.95 by the hospital to hold his newborn baby after his wife gave birth. “We’ll gladly cover the cost if our dad agrees to hugs us just once,” said Eric Trump and Don Jr.

7. Scientists at MIT have developed a robot named Luigi that scours a city’s sewer studying fecal matter. Which explains why the Princess always went for Mario.

8. New research has concluded that, even though nearly all women experience at least a little morning sickness during pregnancy, there isn’t much solid evidence to suggest the best treatments. Although one treatment has proven to be very effective: 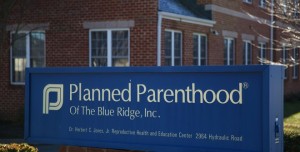 9. A college in Canada plans to institute a program on marijuana cultivation so that students can be trained to work at local companies that produce the drug. “Way ahead of you,” said literally ever college ever.

10. According to a new poll, 80% of Donald Trump supporters view paying taxes as a “civic duty.” While the other 20% were too busy laughing at the word ‘duty’ to answer.