1. Rumors are circulating that actors Emma Watson and Margot Robbie are set to star in an all-female remake of “Brokeback Mountain.” Which is weird because in my dreams Scarlett Johansson is there too.

2. Republican presidential candidate Donald Trump said on Wednesday he would consider using “stop-and-frisk” policing methods to cut crime if elected. Hell, he’s been doing it to his own daughter for years:

3. An Iowa man was arrested last night for allegedly measuring his penis with a ruler inside a college library bathroom. And, in even worse news for the man, it was so small he had to use the dewey decimal system.

4. This week, a burglar broke into a California YMCA and stole play money from a toy cash register. Police officers were able to track the man down, but were forced to let him go after he furnished one of these: 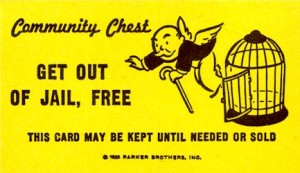 5. In a recent interview, rapper The Game revealed that he’s slept with Blac Chyna and both Kim and Khloe Kardashian. So, I guess in this instance, you can hate both the player and The Game.

6. A woman in Argentina tried to win back her boyfriend by stripping naked in the middle of the road and stopping traffic. So now, she’s a red flag on Waze too.

7. The Duggar family from TLC’s “19 Kids and Counting” is adopting a twentieth child. Said the new kid, “Why am I here? It was less crowded at the orphanage.”

8. Republican presidential nominee Donald Trump said on Friday that if elected he would seek to reverse President Obama’s moves to open relations with Cuba. Adding, “That place is a mess, I’ve never seen somewhere so overrun with Mexicans.”

9. According to a new scientific trial, exposure to bright light can raise testosterone levels and lead to greater sexual satisfaction in men with low sexual desire. Although, the complete opposite is suggested if your wife is ugly.

10. The TV ratings for Sunday night’s Emmy Awards were the lowest ever in the history of the show. In fact, if the ratings got any lower, the Emmys would be running for president.