1. Everyday, Jose Luis Dominguez, a Mexico man walks his two kids, 7-year-old Luis and 8-year-old Kayla, across the U.S. border to school. Said Donald Trump, “That’s my nightmare, having to interact with my kids everyday.”

2. Three men in the U.K. are being charged with fraud after attemping to sell horsemeat as beef. Or, as Taco Bell refers to it, a solid business plan.

3. This year Arkansas Tech University is offering a new course entitled ‘How Not To Get Pregnant.’ Step one, don’t believe your cousin when he says he’s wearing a condom.

4. Charlie, a 6-year-old disabled black lab from Washington, had his special wheelchair stolen from his owner’s porch. But, on the plus-side, now he’s really mastered that ‘stay’ command.

5. Last week, Republican presidential nominee Donald Trump said people labeling him as a racist is “a tired argument.” And the last time something was labeled as a tired argument this campaign season, Ben Carson was still in the debates.

6. A new study has found that the more sex a person has the more selfless they tend to be. And, in related news, Paris Hilton has been named a saint.

7. Republican presidential nominee Donald Trump said on Saturday he would seek to develop a tracking system to ensure illegal immigrants who overstay their visas are removed from the United States. Said Trump, “Oh no, the beeping is coming from inside the house.”: 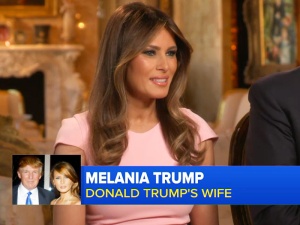 8. According to new research, adults with parents who lived longer lives have a lower risk for circulatory problems in middle-age. Which explains why Batman is on Lipitor.

9. A developer in upstate New York wants to build an IHOP on a Revolutionary War burial site. So, the South may rise again, but first it’s gonna unbutton its pants and sit here for a while.

10. Princeton University has banned all gender-based terminology like cleaning lady and handyman. Said Princeton students, “Gross, now I have to learn their names!?!”