1. When asked to comment on the Democratic Convention getting higher ratings than his own, Republican nominee Donald Trump said, “I didn’t produce our show. I just showed up for the final speech.” No surprise, history has shown that he tends to distance himself from things that aren’t successful, just ask any kid not named Ivanka.

2. The Navy has announced that it intends to name a new oiler ship after slain gay right activist Harvey Milk. Which is a real slap in the face to the sailor in the Village People.

3. Norwegian Prime Minister Erna Solberg said last week her government was considering a proposal to move the country’s border 130 feet, gifting Finland a mountain for its 100 years of independence. “Really?!?!?!” said Sweden as it was throwing out a gift-wrapped blender.

5. An Arkansas man has completed a 148-day, 3,100 mile walk across the United States. Man,his love-life was so much simpler when his cousin lived in-state.

6. A satanic after school club will be introduced this week in public schools in Massachusetts. Or, as Republicans refer to it, science class.

7. Over the weekend, Republican nominee Donald Trump said he is unhappy with the dates selected for the presidential debates, noting two of the three are scheduled against NFL games. And, if Trump’s learned one thing, it’s never go up against the NFL: 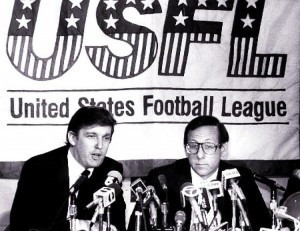 8. Over the weekend, actor Jean Claude Van Damme stormed out of an Australian interview saying “I’ve been asked the same question for the past 25 years.” That question, “Why?”

9. Last week, actor Matt Damon announced that he will be taking this year off from acting. Or, as people who paid $12.50 to see ‘Interstellar’ think of it, two years too late.

10. Chalice, a transgender superhero, is hitting the comic book world this month. Or, at least, that’s what Superman told me after he used his x-ray vision.