1. In an interview with the Washington Post, Ohio Governor John Kasich said, “My Republican party doesn’t like ideas.” Especially one specific idea: 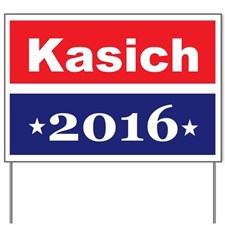 2. A Florida man was arrested on Friday after it was discovered that he had been soliciting sex with dogs on Craigslist. You can see it on next week’s edition of NBC’s “To Fetch a Predator.”

3. Last week, a leading rabbi announced that consuming marijuana for medical reasons is kosher for Passover. Which may explain why Moses wandered in the desert for 40 years.

4. In a new interview, Republican frontrunner Donald Trump said acting presidential is easy. ”I beg to differ,” said anyone who saw Jamie Foxx in ‘White House Down.’

6. Last week, a woman born with two vaginas gave birth to two kids through separate wombs. Ugh, I hate it when I leave my apartment at the exact same time as my neighbor.

7. In a recent interview, noted astrophysicist Neil deGrasse Tyson said he thinks there’s a ‘very high’ chance the universe is just a simulation. And, if that’s the case, I think the world is due for a reboot or, at the very least, someone needs to blow into the cartridge.

8. Announcing her support for Democratic presidential candidate Bernie Sanders and denouncing rival Hillary Clinton’s “bullying tactics,” actress Rosario Dawson said, “I’m with Monica Lewinsky.” A phrase that previously only got you a discount at the dry cleaners.

9. Former Pennsylvania Senator Harris Wofford announced Sunday that he is marrying a man, almost 20 years after his wife died. Oh, so that’s why they call it a ‘BI-cameral legislature.’

10. According to a new study, men who ejaculate often may have a lower risk of prostate cancer than their peers who don’t do it as frequently. So, I guess that guy on the city bus is gonna live forever.